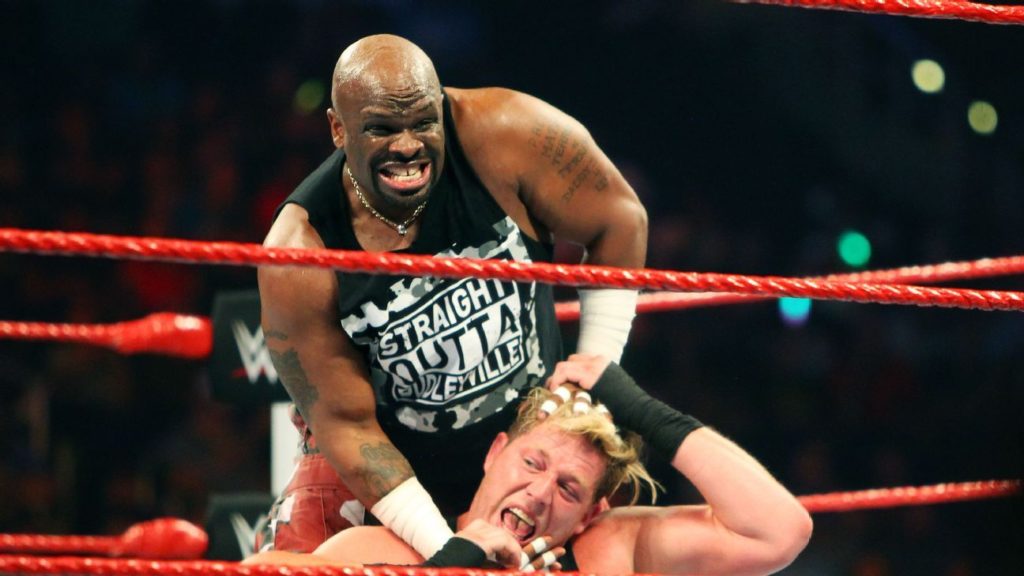 During the latest edition of the Table Talk podcast, WWE Hall of Famer D-Von Dudley spoke on several different topics, including his in-ring career being over, being happy with his career, Becky Lynch’s pregnancy, backstage reaction to the pregnancy, and much more.

D-Von Dudley on his in-ring career being over:

“You know, I’m just — and I’ve told Lindsey this before. Even though I am little frustrated, I was a little frustrated of not continuing to wrestle for that one more year that I wanted, I’m extremely happy now being a producer and not wrestling. I have officially announced that I’ve hung it up and I’m done, you know, except for different appearances that they may want me to do on the show, but no more wrestling. No more fighting for the titles. None of that anymore. I’m done. I’m officially done.”

D-Von Dudley on being happy with his career:

“I’ve had my fifteen minutes of fame and it was a good ride, it really was. The old timers used to tell me, ‘Don’t blink, because when you do it’s over. It goes that fast.’ And it did feel like it went really, really fast. But a 28-year career — always being on top and never taking a break, regardless of the injuries or anything like that — we did it, you know? And I think Bubba said it best during our Hall of Fame speech. You know, we did it our way. We went out there and conquered. We became synonymous in terms of using the name when tag team wrestling comes up. We will always be put in with some of the best and arguably some people will say we were the best. But I’m just happy that when you do mention tag teams, the Dudley Boyz names come up.”

D-Von Dudley on no one knowing what Becky Lynch’s announcement was:

“It was really cool. No one knew. And we were watching the segment just like everyone else was at home. And, if I’m not mistaken, I believe you know, in the same thing, Asuka didn’t know. So, the reaction that she gave was extremely genuine and natural. You know, it’s one of those things where sometimes keeping things a secret — and I use that very, very loosely. Because I hate when sometimes a lot of the boys don’t know when something’s going on, and you think you have to work us and you don’t. Although I know some people go to the dirt sheets or what have you and start spilling the guts and next thing you know, it’s like, ‘How did this get out?’”

D-Von Dudley on the reaction backstage to the Becky Lynch’s reveal:

“This one, I think, was really cool not to say anything, because the response when she did say, you know, ‘You’re gonna go off to be WWE Women’s Champion now and I’m going to go off to be a mother,’ everybody in the room just went, ‘What??’ I mean, Nia, Lana, you know, Tamina. And I don’t want to say the other girl because if I do it might [laugh] it might take away from her meanness. But if you can figure out who I’m talking about — I never said her name! — she was even like, ‘What?’ I mean, everybody was taken aback by it, and I think it’s a beautiful thing.”

“If you’ve never met Becky, you don’t know how good of a person she is, how good-spirited she is. There are a few men and women in here, in the business, that you say, ‘If anyone’s a shoo-in to heaven, it’s that person.’ She’s definitely one of them. She has a very good heart. None of the fame, nor whatever she has encountered, stardom over the past two, three, four years, has gone to her head. She has been very, very level headed.

“I think some people might misconstrue her protecting what was being built as being somewhat of a big head. But the people who might think that are the ones that have big heads themselves. Everybody who’s in the locker room loves Becky. To use the term ‘The Man’ that she has been using for how long has she been on top and things of that nature — she really is. Congratulations to Becky, and I wish her and Seth nothing but success and happiness and joy.”