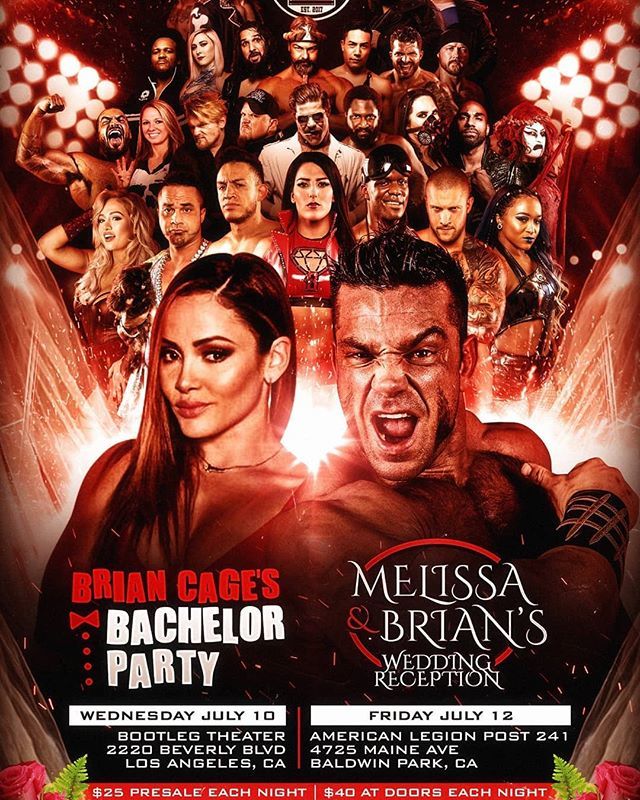 Hey everyone, it was Brian Cage’s Bachelor Party at Wednesday’s Bar Wrestling and you’re invited courtesy of this recap! Historically, Pro Wrestling bachelor parties have always gone off without a hitch, so read on to see if the streak continues here.
PRE-SHOW NOTES:
Match One: Reno Scum (Adam Thornstowe and Luster the Legend) Vs Hawx Aerie (Luke Hawx and PJ Hawx)

In the first ever meeting between @TheSamiCallihan vs @realKILLERkross gets the short end of the stick and loses on a 3 count with his shoulders up. Bad call by @NicholasBonanno #AEW @PWInsidercom @BarWrestling pic.twitter.com/7muF6o8TVp

WINNER: Sami Callihan won by reversing a choke submission into a pin.
NOTES:
Match Seven: Lap Dance Match* – Brian Cage Vs Scarlett Bordeaux, Kiera Hogan, Su Young and Tessa Blachard
*Whoever lost the match had to give the winner a lap dance.

WINNER(S): Bordeaux, Hogan, Young and Blanchard won with a “Wassup” and a quadruple pin.
NOTES:

Hope you enjoyed the recap, thanks for reading! If you (yes YOU) want to take part in the wedding festivities, go to Brian and Melissa’s wedding reception tonight out in Baldwin Park, CA!