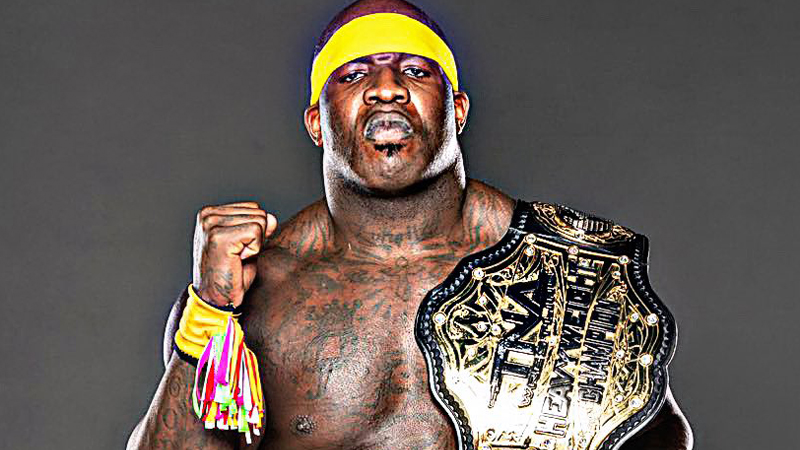 Moose on the recent WWE releases:

EC3 is one of my best buddies in pro wrestling. I would love to see him come back. He’s a two or three-time TNA heavyweight champion. I think he could definitely help our product. You’ve got guys like EY Eric Young – he’s a Grand Slam champion. You’ve got [The Club]; there’s a lot of guys I would love to see come to Impact Wrestling. It’s so sad that those guys lost their jobs but what’s the saying: one man’s trash is another man’s treasure. All of those guys can be treasures for Impact Wrestling.

I am the new TNA heavyweight champion. If you’ve been watching the show then you’ve been seeing what I’ve done the last few months beating up all of the old TNA guys. Some of them being legends and famous and some of them being not as famous. I’ve been doing my part with going through most of the well-known wrestlers from that era. So, now I feel like I’m the self-crowned TNA heavyweight champion.

Moose on how he got the title:

It doesn’t matter how I got it, it’s just that I have it. It’s not a replica; it’s the actual real thing. I did my homework on how to get it and now I have it. It’s around my waist and I’m the champion. I will defend it against anyone. Anyone who feels like they want a shot at my title, it depends on what mood I’m in. If I’m in a giving mood then I’ll give them a chance to fight for my TNA heavyweight championship.

Previous Otis On Dyslexia, How It Impacted His Life, Going To College, Telling Tucker About It, More
Next WWE NXT Results & Highlights (5/13)