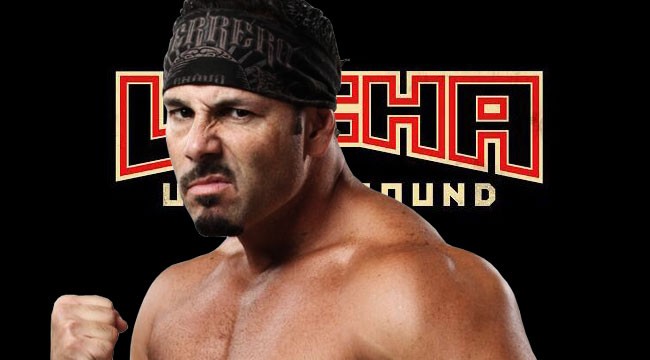 The Huffington Post has posted a very interesting interview that they had with Chavo Guerrero Jr where he talks about the uniqueness of Lucha Underground. How they needed to create it’s own pro wrestling format instead of doing what everyone else is doing. We have included a few quotes below.

“WWE is like the Coca Cola of wrestling,” declared Lucha Underground superstar Chavo Guerrero, Jr. “Everybody else is like RC Cola, a cheap knock-off. They all do it exactly like WWE does.”

He goes on to say:

“Even if you’re not a wrestling fan, if you watch our show, you’re going to like it,” promised Guerrero. “The character development, the backstage vignettes, everything we do it’s just really, really good.”

He goes on to talk about the lack of originality the other start up promotions have.

“Every new organization, everybody that starts out, always says they are ‘something new,’ but all they ever are is a bad copy of WWE,” said the third-generation superstar during a recent telephone interview.

“All those other companies — WWE, TNA, Ring of Honor — are all live event companies,” explained Guerrero. “Their TV just pushes you to their network, gets you to go to their live events or ‘super-sizes’ you to buy their pay-per-views. We don’t have all that stuff.”