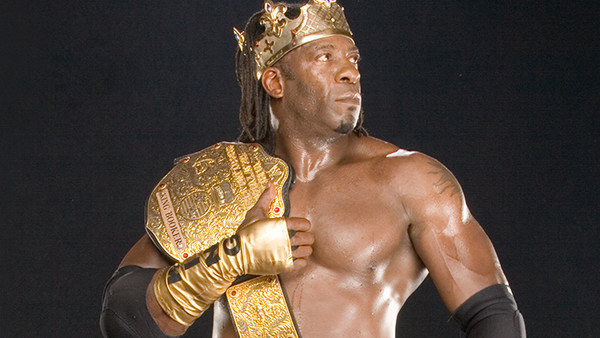 On the latest episode of the Hall of Fame Podcast, Booker T talked about Vince Russo, and explained how he helped his career. According to Booker, if it wasn’t for Russo trusting him and putting the WCW World Championship on him in WCW, he probably would have never been a World Champion anywhere else. He feels that Russo’s decision make him a top guy immediately.

After hearing about what Booker T said, Russo took to Twitter to respond by saying that putting the title on Booker was his greatest contribution the the business.

Booker T on possibly never been a World Champion if it wasn’t for Vince Russo:

“Like I said last night on WWE Backstage, if it wasn’t for Vince Russo, perhaps I would have never been the World Champion at all, ever. Because, you gotta be in the right place at the right time, not only that, the cosmos gotta be working for you, and for me, I had someone like Vince Russo to pull the trigger because if it wasn’t for Vince Russo pulling the trigger when he did, the company was in its downfall, if someone else held the title that night, say for instance Hogan, went on for the next six months, it probably would have dropped to someone else, and then the company would have gotten bought out a year later and then I would have went to WWE but who knows if I would have become champion in WWE. The rocket got put on me that night and everything had to be right.”

Booker T on how Vince Russo’s decision made him a top guy:

Booker T on how Vince Russo stepped up and made a bold decision:

“For a guy like that to step up and be bold for someone else, that took a lot, it really did. Especially back at that time, in WCW, me being the second black guy to wear the WCW Championship. Was I worthy of wearing the title? Of course. Could I go out and perform at the highest level with the best guys in the company? Of course I could. But normally, a lot of times, the nice guy don’t finish first. That’s just not the way it works sometimes. The guy that works the hardest sometimes don’t get the most reward.”

Thank you @BookerT5x. The PROUDEST MOMENT of my career. And the GREATEST CONTRIBUTION I was able to make to the BUSINESS. And, I couldn’t have done it with a GREATER HUMAN BEING. Love you, bro—always have—always will. pic.twitter.com/cXHMUdG1hF