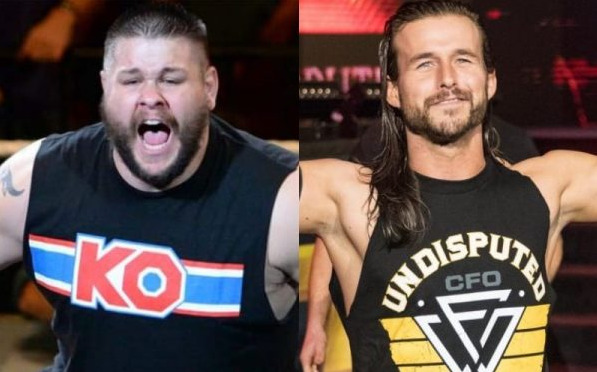 Former NXT champion Adam Cole recently did an interview with BT Sport where he talked about WWE Superstar Kevin Owens and how he has helped him through out his career. He also mentions how he was upset having to face Owens last year at WarGames.

Check out the highlights or watch the clip below.

“Well, you know, it broke my heart because everyone knows that me and Kevin Owens are good buddies. And I thought, of course, the first time that me and Kevin Owens are going to get to be together in WWE, of course we’ll be a team. Of course we’re going to fight side by side. And instead, he tries to show up to WarGames to beat the crap out of me. So, I’m still a little bitter about Kevin Owens coming out and trying to ruin my fun.”

Adam Cole on how Kevin Owens helped him on the independents:

“In all seriousness, Kevin Owens is another guy. I’ll briefly touch on this, but he played such a big part in me kind of taking off on the independents. Kevin was a guy that kind of took me under his wing in PWG, which later on helped me out in ROH. He was a big, big aspect to me kind of understanding that independent — or just, in general — that main event style, and how to kind of perform, and what to do, and what to say. He’ll never, ever take credit for it because that’s just the type of guy he is. But I always credit him as someone who really did help me, and he’s a great friend, except for that WarGames thing. Made me angry.”

“He played such a big part in me taking off on the independents, he took me under his wing in PWG.”@AdamColePro and @FightOwensFight have a lot of history together but have only crossed paths once in WWE 👀

Something needs to be done about this 😏 pic.twitter.com/03xBQVpaJg