WWE Friday Night SmackDown Superstar Kalisto Of The Lucha House Party may have reportedly suffered some sort of an injury at Monday’s WWE Live Event from The Staples Center in Los Angeles, California.

It was reported that Kalisto appeared to have suffered a serious shoulder injury as he and Lince Dorado was facing The Revival (Scott Dawson & Dash Wilder). Kalisto went down on his shoulder and the referee immediately threw up the dreaded “X” sign to end the match as The Revival pinned Kalisto to finish it.

Kalisto was then checked on by WWE trainers as their music played and The Revival left. He did leave on his own volition, but was clutching what may have been his ribs or underarm area and it was also being closely watched by WWE trainers as they were making their way to the back. Updates will be provided on Kalisto’s status once it is made available.

You can check out Kalisto possibly suffering an injury in the posts below:

Good pal and friend of the podcast, Qwegg from Cali, sent this to us. From a house show, it looks like Kalisto got injured. “Revival hit a quick pin and then the wrong music played, ref threw up the x.” #WWE pic.twitter.com/xesRsgRelf 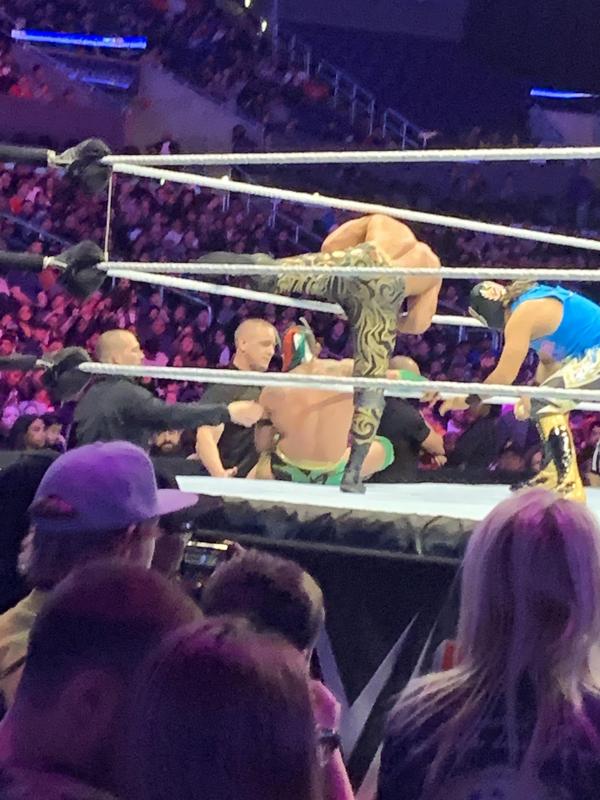